Don’t you really love those deployment previews web platforms like Netlify and Vercel offer for statically generated sites? We certainly do! They promote fast feedback loops in a frictionless, dependable way. In this post, we’ll talk about how we took this idea and ported it over to our Kubernetes hosted services. It’s easier than you might expect!

It was more than a year ago when the static pre-production environments started feeling a bit cumbersome. Even with 1–2 fully fledged, dedicated environments per team, engineers started contesting access to them. Discussions around who has deployed what and on which environment started trending on Slack. When people started lending their dedicated environments to their best friends across teams, we knew we had a problem which had to be dealt with.

One way to deal with it would be to simply spin up more static pre-production environments. But there’s a reason pre-production environments on k8s are a scarce resource. More environments require more k8s nodes and those come at a cost —  a cloud cost that is. By now, everyone should know that one thing you DON’T want to do is structure your cloud costs poorly for scale.  What you may want to do is be mindful of the ecological footprint of your infra though. So we looked for another way, and the concept of rolling out our own flavour of deployment previews on Kubernetes using GitOps started looking more and more appealing by the day.  Better now than later they say, so we put our minds to it and set a soft deadline — as per usual at Blueground. And we met it. From concept to design and from design to implementation, it took about a month. And since you’re reading this post, you guessed right — it turned out pretty well.

Deployment previews had a huge improvement in developer experience plus a measurable impact on:

Our infrastructure stack includes Kubernetes, Helm, Terraform, ArgoCD, Jenkins, and Github as our VCS. Having said that, while exploring a handcrafted solution and taking into account the configuration overhead, we realized there was a fair amount of implementation effort. Thankfully, ArgoCD ApplicationSets and, more specifically, the PR Generator feature, came very handy since they saved us a considerable amount of time, which in turn allowed us to focus on the flow orchestration.

Pull Request Generator
Looking further on the anatomy of an ApplicationSet with the Pull Request generator, we utilized the following example:

The above snippet refers to the repo that will be observed for any new Pull Requests. Few points to be addressed here:

The above snippet demonstrates the template used to generate the ArgoCD application, when a PullRequest is matched. ArgoCD has built-in support for Helm, so the only thing we had to do is to point it to our infra repo, the relevant Helm folder and override at least the image tag of the service being previewed. The process of image building and pushing to ECR (our choice of Docker image registry) is handled by another pipeline and will be described below.

We decided to use the following naming convention for the environments pr-{{number}}-{{repo}} which indicates the originating PR and Github repository accordingly.

As we see above, we used ArgoCD waves for our deployment approach. In this way, we can deploy in an ordered fashion with discrete steps, our databases, seed them with test data and deploy our applications to experience a smoother onboarding.

We use Kubernetes, which means our deployable artifacts are Docker images. In order to build the Docker image that will be used on our newly provisioned environment, we use Jenkins and a multibranch workflow which builds and pushes Docker images for every application originating from a repo that has been labeled with preview.

After the image is built and pushed, we wait until the application is healthy, using ArgoCD CLI and then we add a comment on Github, with information regarding the deployment result (services endpoints on success / failure on timeout).

Since we have two flows (environment provisioning and image build), we can end up with some race conditions. A common use case is that the Docker image is not yet ready when the deployment needs it, which will result in the application’s Pod ending in an imagePullBackOff state. Since Kubernetes constantly tries to pull the image, with an exponential backoff retry policy (with 5' max interval), the environment will eventually be self-healed.

So when should we destroy a deployment preview, scale the cluster in, and save up on costs? Well, the ArgoCD ApplicationSet Controller will destroy the environment once the Pull Request is closed or unlabeled by default. That worked well…but not great. As with everything, we had to define a certain global limit to the number of deployment previews available. And that limit should be automatically enforced. Now, with a limit in place, long running PRs would gradually pile up and hit that limit, leaving no room for the latest PRs. In other words, we needed a more versatile termination strategy that would protect us from cost surges while keeping the deployment previews accessible.

That strategy came to be the following 👇

We terminate a deployment preview when any of the following events occur:

When the ApplicationSet controller decides to deploy a preview environment, it cannot be destroyed unless the PR is closed or its labels stop matching the PR generator constraints. In order to overcome this limitation, we implemented a Jenkins pipeline, which removes the label from the open Pull Requests when TTL or capacity criteria are met. The aforementioned pipeline runs on frequent intervals.

Deployment previews on k8s is a game changer feature that’s rather easy to implement. Make it play nice with your code hosting platform and your team will absolutely ❤️ it.

Next time, we’ll talk about another team favorite: how we populate our pre-production environments with data!

Standing on the shoulders of giants In a previous blog post, we discussed how to build tools with the help of KSP. In this one, we will present one of the tools we built in Blueground that recently has been released as an open-source project. Initially, we were inspired by

Have you ever felt that the daily scrum offers no value? That we are wasting some precious time and getting everybody tired at the same time? I decided to write this blog post, in order to challenge the formalistic way in which the daily scrum is often run and share 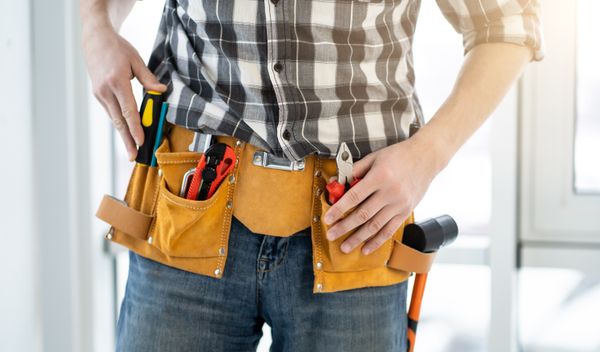